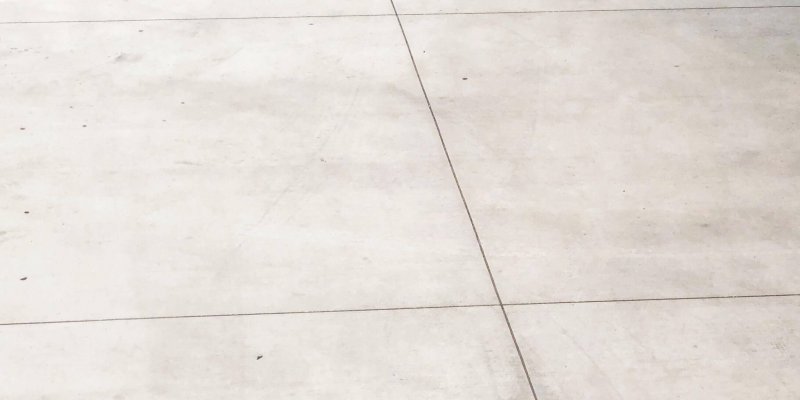 Earth’s surface moves, and for concrete floors, this is a problem. You can’t lay a large concrete floor as a solid, contiguous block of concrete because, over time, unsightly cracks will appear across the surface of the floor.

There are a number of circumstances in which concrete will crack:

A crack can be any length, any width and will appear as a haphazard line zig zagging off in any direction.

What is an expansion joint?

An expansion joint is basically a planned crack. The joint is purposely placed in the concrete to allow it to move.  Usually expansion joints are engineered in the floor at the time of construction but joints may be added at any time in the life of the floor.

There are two different types of expansion joint

These joints are planned pre construction and will usually be through the complete depth of the concrete slab. They are applicable where the movement is known to be extensive.  For example in bridges, in extreme environments (hot or cold) or where the loads placed on the concrete are very great indeed.  In this type of joint the edges are very often trimmed with metal to minimise damage.

These are the joints that we come across most often in warehouses and industrial buildings.  As the name implies, the expansion joint is a straight line groove cut into the surface of the concrete floor using a concrete saw.

While, in theory, you can cut an expansion joint in concrete at any time, it’s better if this is a planned task. Here at BECOSAN® we recommend cutting the joint the day after the fresh concrete has been poured.

How deep should an expansion joint be?

The joint should be a minimum of 25% of the thickness of the concrete slab.

How far apart should expansion joints be?

The maximum distance between expansion joints should be no more than 30 times the thickness of the concrete slab.

How to fill an expansion joint

Unfilled expansion joints will fill up with dust and debris so it’s advisable to seal the joint, but why?

Obviously, because the joint moves it must be filled with a flexible, elastomeric, material.  There are many different options but here at BECOSAN® we use a Polyurea based filler like the ASTC 3246 Polyurea Flexible Joint Filler.

The filler comes as two liquids which are mixed together under pressure as it is being injected into the joint.  The filler is highly liquid and is self leveling. As it dries it expands and needs to be trimmed to the level of the concrete once it has dried.

Expansion joints should be inspected regularly, every 3 to 6 months.  In tough industrial and commercial environments the filler can become dislodged and overtime the filler will lose its flexibility and will come away from the wall of the crack.  When signs of damage and wear are revealed it is time to replace the filler.

The old filler is removed using a concrete saw.  Once removed the joint can be vacuumed and a new filler can be applied.

Through use the concrete itself will begin to disaggregate creating dust and making the floor unattractive.  This is the time to apply the BECOSAN® system to grind, harden, polish and seal the concrete floor making it cleaner, more beautiful and longer lasting.

Differences between a polyurethane floor and an epoxy floor

The most commonly used synthetic materials for industrial floors, garages, logistics centres, and shopping malls are polyurethane and epoxy resin. When naming

To guarantee that our service complies with the highest quality management standards set by the European industry, BECOSAN® not only uses first-class

Time is one of the most important resources in the building industry. Regardless of the size of the project, certain circumstances need

Continuous flooring for industrial use

Continuous paving is the best construction solution for industrial surfaces. The industrial sector must always have floors with the best possible finish, which allows a

Reinforced concrete is a type of concrete used in industrial construction in a very recurrent way. It is characterized by having a series of reinforcements

Concrete and cement blocks are a widely used construction material with multiple advantages. In this article, we will share useful information about cement and concrete

In our article on Jointless Concrete Floors you will have learned how to make large areas of concrete flooring without the use of expansion joints.